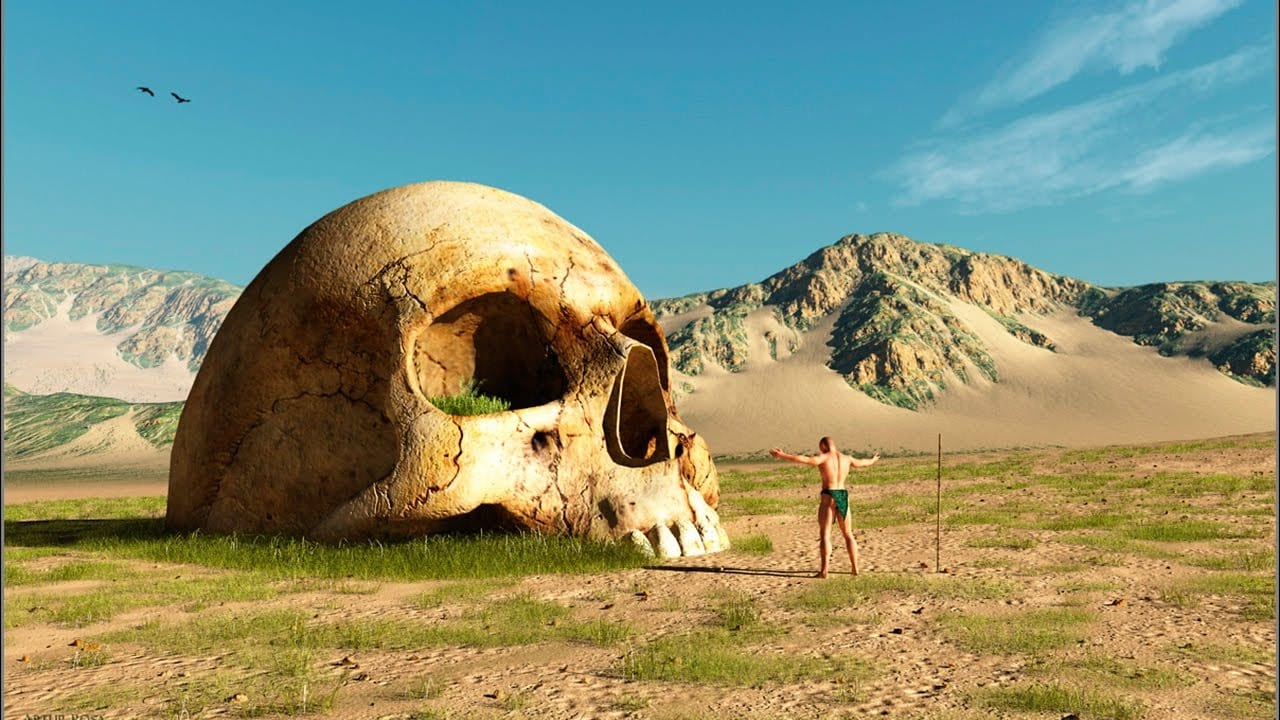 The term Nephilim is a greatly debated title used in Genesis, and other books of the Bible. Not only is the origin of the Nephilim debated, but also their physical attributes and nature. In Genesis, the Nephilim are contemporary to the author, and so it appears that there is an assumption that the reader will understand who, or what, the phrase is referring to. Given this, let’s examine some of the possible origins, and thus nature of, the Nephilim.

The Nephilim were on the earth in those days—and afterward as well—when the sons of God had relations with the daughters of men. And they bore them children who became the mighty men of old, men of renown.

Who Were The Sons Of God?

I believe that in order to best understand the Nephilim, we must first understand what is meant in Genesis 6:1 and Genesis 6:4 when the terms “sons of God” and “daughters of men” are used. There have been many ideas regarding these terms over the years and I think we should start by summarizing a few.

Each of these views have their own justifications as well as counter arguments. The idea that the sons of God were fallen angels is widely accepted as the oldest position on the matter, however, this view requires a belief that demons, or fallen angels, are capable of inhabiting a physical form. From a theological perspective, this creates an issue. How could God allow demons to take human wives, create demon/human hybrid babies, then blame humanity for being sinful? This seems like a tremendous theological position to defend, and I will not try to do so because I am not convinced that this is the scenario Genesis is describing. In addition, the Bible does not directly point to Angels or Fallen Angels as the cause of Nephilim, so while it may be the oldest view on the matter, I believe that it is still merely a theory to explain the verse in Genesis. The Bible also does not state that the Nephilim were wicked, but that humanity in general had become wicked. If we accept that Angels are responsible, we are shifting the responsibility of our actions back to the divine and rejecting the idea that God is just.

The Sethite and royalty views each struggle to answer the same question. These views espouse that humanity intermingled with another portion of humanity and the end result were Nephilim. In Genesis 6, this is not really an issue, however, in Numbers 13:32-33 we begin to see why this view becomes troublesome.

We even saw the Nephilim there—the descendants of Anak that come from the Nephilim! We seemed like grasshoppers in our own sight, and we must have seemed the same to them!”

This verse is part of a false report that the spies give to Moses about the land of Canaan and it is implied that it is a lie, but that does not negate the fact that Nephilim were still thought to exist and that they were considered to be very large people. Combine that with Genesis 6 stating that the Nephilim existed after the flood and we find that we not only have to explain how they began to exist but also how they came into existence again following the flood, as well as their apparently large physical size.

Are There Natural Means To Explain “Giants”?

Acromegaly or Gigantism is a condition caused by a tumor in the pituitary gland and has been shown to be hereditary, although the condition itself is not restricted to a hereditary means of contraction. The obvious conclusion here is that Gigantism could have been introduced to humanity, or specifically the region of the world Genesis is referring to in Chapter 6, as a result of a genetic mutation induced by incest, or, as the Bible itself suggests, a form of cross-breeding between the “sons of God” and the “daughters of men”. However, that statement is only accurate if the “sons of God” and “daughters of men” represent different genepools, or incestuous genepools.

Let’s first respond to the idea of incest. Egyptian Pharaohs are thought to have married their siblings because they thought that their bloodline was sacred, and needed to be preserved. The record of mummified remains shows that Egyptian royalty actually getting shorter in height over time as a result. This is in contrast to the general population which maintained, and even increased, its stature on average. This seems to suggest that incest would not typically create “giants”, however there is one case, Sa-Nakht was a Pharaoh from about 2700 BC and is thought to have suffered from Gigantism. Sa-Nakht would have stood 6 feet 1.6 inches tall. It is important to remember that Sa-Nakht is a rare exception in terms of height, suffered from Gigantism, and is only 6 feet 1.6 inches tall. This makes the case for giants, and thus Nephilim, much easier to tackle, however I do not feel confident that Sa-Nakht or any royalty contemporary to Genesis 6 is going to be the key and I don’t think that incest is related either.

So let’s look at cross-breeding as a potential solution. This is not typically considered because the historical interpretation of Genesis does not consider evolution as a possibility. So let’s consider for a moment that the “sons of God” are the descendants of Adam all the way to Noah and that the “daughters of men” are effectively everyone else. Adam, being created directly by God in Genesis 2, would be a “son of God” while evolved man would have been the result of God commanding humanity to come into existence in Genesis 1. Believe me, I understand that this is not the typical school of thought but just humor me for a few paragraphs.

The Gravettian culture is a group of people that lived throughout Europe and are known to have traveled as far south as modern day Bosnia. These are some of the tallest people on the planet during the age-range in which we have found their remains, between 50,000 and 10,000 BC. Based on the remains, they stood between an estimated 5 feet 10 inches and 6 feet 2 inches, taller than Sa-Nakht who wouldn’t be born for at least another 5,000 years and is presumed to have suffered from Gigantism to achieve his height of 6 feet 1.6 inches. It seems that we have found a race of people that would have been exceptionally tall compared to Noah and his contemporaries if they had ever crossed paths. Given Bosnia’s location in comparison to the middle east, this does not seem like an impossibility. On average, especially historically speaking, women tend to be shorter than males, and so the taller Gravettian women may have been quite appealing to members of Noah’s society and would have created rather tall offspring.

This seems like a far more likely explanation of Genesis 6:4 and explains why post-flood biblical figures still thought Nephilim were in existence. There have always been groups of people that were taller than others and referred to as giants by spies an scouting parties, and especially by generals reporting their successes in battle or explaining their losses. Additionally, there have been many cases of Gigantism throughout history, which would contribute to the idea that Nephilim still exist. Goliath is especially thought to have suffered from Gigantism due to the disfigurements he endured as well as his height. There is an interesting article that was published to the National Library of Medicine on this matter and highlights Goliath as well as the origin of some of the names for people in the region, specifically the Anakim, as having been the pathway for hereditary Gigantism post-flood.

If we consider that the term Nephilim may just literally mean giant, then it is quite easy to see how this term may have been meant in Genesis 6, as well as in Numbers 13. Again, considering that Numbers 13:33 is admitted to be a false report, I don’t think it is necessary to debate whether the people spoken of, Anakim, were the same Nephilim referred to in Genesis 6 or if they were a group of people suffering from a hereditary form of Gigantism, but I do find it refreshing to know that there are explanations which can be observed throughout our history which could be applied to either scenario.