Any Christian that chooses to adopt the idea of an earth which is older than the direct numbers presented in the Bible, roughly six thousand years, will need to account for several things, one of which is the fact that it would be difficult to accept a claim which agrees with the estimated age of raw materials, rocks, water, etc, but does not agree with the estimated age of human remains. This is, of course, resolved if one accepts the idea of divinely controlled evolution, but that too comes with its own set of challenges. Those challenges are what I would like to focus on right now. Can evolution and Adam be reconciled? 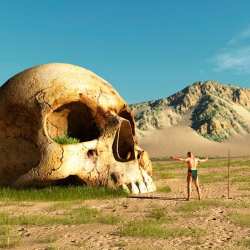 The term Nephilim is a greatly debated title used in Genesis, and other books of the Bible. Not only is the origin of the Nephilim debated, but also their physical attributes and nature. In Genesis, the Nephilim are contemporary to the author, and so it appears that there is an assumption that the reader will understand who, or what, the phrase is referring to. Given this, let’s examine some of the possible origins, and thus nature of, the Nephilim.

How could Genesis hint about the extinction of the dinosaurs? Genesis doesn't even mention dinosaurs, does it? As it turns out, Genesis is a much more comprehensive account of creation that it is commonly given credit for. Many Christians consider the King James Version of Genesis to be the literal history of creation regardless of scientific theory and others consider Genesis to be poetic or allegorical in nature. It seems that very few people consider that all of these things may be reconciled, you can read more about that in these articles on The Big Bang and Evolution, but for now, let's focus on dinosaurs!

This is a very important topic to understand as it is in direct contradiction of old-earth creationism. This is only true because the fossil record, as it is currently understood, indicates that there were carnivorous animals prior to the time of Adam. The idea of a strictly vegetarian diet prior to the flood of Noah originated from Genesis 1:29-30. This is obviously an issue, how can we have carnivorous animal fossils that predate Adam if all living beings were vegetarian? 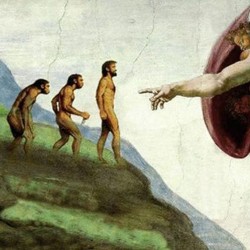 As a Christian, I have seen quite a few strong reactions from my fellow brothers and sisters regarding evolution. There are many claims made regarding the evolutionary process that Christians could never accept, and rightly so. However, I think something that the Christian community may consider is whether or not all of the premises the atheist evolutionary community provides as evidence against God are at all required by actual scientific observations regarding evolution.

The watchmaker argument has been a pinnacle argument for Christian apologetics for a very long time. Evolution has been propped up as an appropriate piece of evidence serving to debunk the argument. Is this really the case?

The story of Noah is a familiar one and one that is challenged in many ways. Today I would like to focus on one particular aspect of the story, Noah's age. How could Noah live to be 950? How did any of the early patriarchs of the Bible live to their incredible ages?

Evolution is something that has troubled a great deal of Christians and swayed a many people from accepting the possibility of a Biblical God. I think the biggest reason for this is that theologians have historically had a certain way of interpreting the Bible and are not strongly convinced by the evidence for evolution. This lack of conviction in the scientific theory causes people either question science or question their faith. I think that this is a mistake.